Every BRAND has a STORY. What's Yours?

With brand films growing more popular than ever, create content that educates, engages and produces emotions your audience can resonate with.

The purpose of a brand film is not to advertise or sell a product but to ultimately convey what your brand stands for – to comprehend the facts and feelings your brand creates.

The right brand film can tell a story about your brand that will resonate deeply with your target audience and convert them into loyal fans – let alone customers.

Our monks help you to create a brand film that gives a quick peek into your values, cultures and problems you solve as a brand.

Get in touch with our brand storytellers. 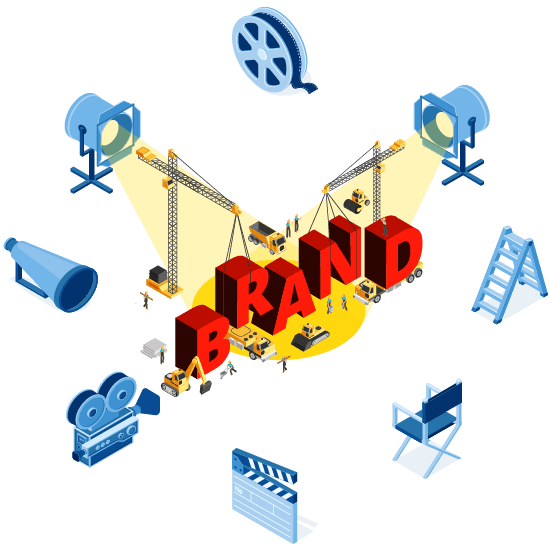 When we were approached to produce a video commemorating the 40 years of SARU group of institutions we insisted it be done as a musical to cash-in the emotions the brand has strongly built. We decided to capture original actions instead of scripting an enactment. At that point, it became a Brand film rather than a routine AV.

We introduced the idea of an alumni cherishing the long lasting memories and the institution on one hand and made students and teachers do what they do on a regular basis and captured them vividly. This brought the best in them and filled the screen with real emotions.

The lyrics and screenplay were constructed consciously to deliver some connection to the viewers rather than unrealistic tall claims. The musical approach helped combine the audio visual appeal.

How do our monks work?

The clientele makes inquiry of our services, provides sufficient details on the project - including objective of the video, target audience, medium of communication etc.,

This phase involves a combination of our creative monks coming together to ideate, plan & decide on execution. Communication between corporate & video production companies is regular - so as to arrive at a concept that fulfils the vision of the corporate.

Prior to finalising and start producing - various parameters are factoring in to create a structured storyboard - pictorial representation of every shot in the video.

Once a concept has been finalised and a storyboard has been drafted, the pre-production starts - schedule, organise shoot logistics, research filming locations, hiring ( in case of special equipment needed ) and audition actors and props.

Post prepping up the film set-up, the filming schedule starts and continues until the shot conveys what it is meant to. To avoid reshoots, multiple instances of a shot are ideated and executed.

The final phase of your video production primarily comprises editing and delivering the finished videos. Post which if there are indeed valid corrections & iterations necessary - could be considered and executed for a better outcome.

Brand's Who Trust Us !

Pickle Monk Advertising comprises a spectacularly creative team that has helped more than 100+ clients across the globe catering from small businesses to Multinational Companies.

In short, Pickle Monk is a one stop solution for advertisements and branding activities handling end to end services for brands, films and other promotional activities

Our content production experts are available to address your inquiries.